It was Mao Zedong that proclaimed, “Political power grows out of the barrel of a gun.” And, so do massive fortunes and grinding poverty. Case in point, Elon Musk, and his stable of companies built on the backs of taxpayers. Let’s take a look at SpaceX. My contention is that absent the oppressive powers of State governments, it is unclear whether this company would even … END_OF_DOCUMENT_TOKEN_TO_BE_REPLACED

Armed soldiers stormed multiple 7-Eleven franchise locations early Wednesday morning, January 10, 2018.  A group calling themselves ICE claimed responsibility.   ICE is part of a larger organization going by the name of U.S. that claims ownership over an expansive swath of North America. Some 98 of the convenience stores nationwide — from Los Angeles to New York — were targeted by agents from Immigration and … END_OF_DOCUMENT_TOKEN_TO_BE_REPLACED

What do Bitcoin and Chuck E. Cheese’s have in common?  A curious question, you might be thinking.  But, a lot, Bitcoin and Chuck E. Cheese’s have a lot in common.  A lot more in common than not, and much more than many realize.  There are two very substantial difference we will address but, for 2017, it was another year, another record close for Bitcoin, and … END_OF_DOCUMENT_TOKEN_TO_BE_REPLACED

There is a great animated movie, A Bug’s Life, a play on one of Aesop’s Fables, The Ant and the Grasshopper, which tells the story of a hard-working group of oppressed Ants and their oppressive “leaders”, the Grasshoppers.  From time eternal, the Ants work hard every year growing food but when it comes time for the harvest they must set aside a substantial offering for … END_OF_DOCUMENT_TOKEN_TO_BE_REPLACED 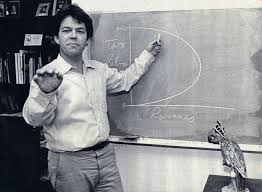 The Laffer Curve is the visual conception of a theory developed by supply-side economist Arthur Laffer to show the relationship between marginal income tax rates and the amount of tax revenue collected by State governments.  An economist, Mr. Laffer first gained prominence by serving on Ronald Reagan’s Economic Policy Advisory Board from 1981–89.  The Curve was, and still is, used to illustrate Laffer’s main premise; … END_OF_DOCUMENT_TOKEN_TO_BE_REPLACED

Milton Churchill fully supports the rights of transgenders.  They should be at liberty to live their life in whatever way they please.  It is also the right of women to have their privacy and to feel comfortable in their most vulnerable circumstances.  Neither of these rights, however, should override the right of property owners, building and business owners, to decide the policy they wish to … END_OF_DOCUMENT_TOKEN_TO_BE_REPLACED